Note: Need For Speed 2017 Payback is a preorder. After purchase, a preorder code will be reserved for you. Remember that you will receive your key no later than upon game release day. 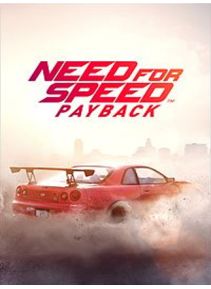 Need for Speed returns in November with Need for Speed Payback.And the product is pre-order now! We will send the key to you at release date.This game will be released on 2017-11-10.

Need for Speed: Payback is a spectacular blend of classic Need for Speed gameplay and cinematic storytelling set in the arid deserts of America. Participate in the gripping story of revenge, race the hottest cars, smash your opponents. Prove to everyone that The house doesn't always win.

Need For Speed Payback is set in the underworld of Fortune Valley,that is comprised of events, activities, and collectibles to take part in,you and your teammate were divided by betrayal and reunited by revenge to take down The House,a nefarious cartel that rules the city’s casinos, criminals and cops. In this corrupt gambler’s paradise, the stakes are high and The House always wins.

Interestingly, players won't play as one character but instead three characters,reunited by a quest for vengeance against The House.They will take on a variety of challenges and events as Tyler, the Racer; Mac, the Showman; and Jess, the Wheelman to earn the respect of the underground.

In Fortune Valley,your car is at the center of everything you do in Need For Speed Payback.Featuring the deepest customization from the series, players can truly craft a personalized and unique ride, or spend hours finding and tuning an abandoned derelict into a supercar.They can then push their cars to the limit and raise the stakes by betting on their own performance, where they can either multiply their winnings or risk losing it all.